The 7 Best Smartphones to replace the Note 7 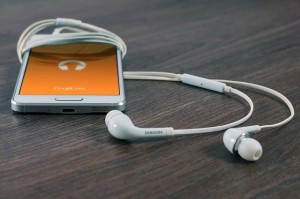 Thanks to a series of unfortunate fires, millions of Samsung Galaxy Note 7 owners need to return their phones immediately. In some cases, for the second time. Since the Galaxy Note 7 is officially out of circulation, never to return, you may be wondering what would best fill that smartphone-sized hole in your heart. Don’t worry! You’ve got options. Non-incendiary options.

You got the Samsung Galaxy Note 7 because it’s a big, powerful Android smartphone, right? The upcoming Pixel XL checks those boxes, has one of the best cameras on the market, and, along with the smaller Pixel, will be the only Android device to offer Google Assistant, Cupertino’s super-smart AI helper, at launch. The big caveat here is that most models are out of stock, and the one configuration that’s left (silver, 32GB) has a 5 – 6 weeks shipping time. You don’t want to risk using your Note 7 that long, but if you have something lying around to bridge the gap, Pixel XL’s your best bet.

The Nexus 6P is a year old, but it has the distinct advantage of being available right now. Don’t let that age necessarily put you off it, either; it’s a solidly built, big-screen, pure Android device with a great camera and a very accommodating price. At the very least, it’s a safe bet to tide you over until whenever the Note 8 comes along. Google doesn’t sell it directly anymore, outside of its Project Fi carrier program, but you can snag one on Amazon.

Okay, okay, switching from iOS to Android (and vice versa) comes with its share of headaches. But the iPhone 7 Plus is the absolute best big smartphone available, especially with the Galaxy Note 7 out of commission. You’d be crazy not to at least consider it. Besides, most of your stuff’s in the cloud by now anyway, meaning it may not be as bad a transition as you’d think.

The latest Motorola line can be a bit confusing; there are four different models, that all work with an array of swappable hardware add-ons. Let us simplify it: If you liked the Note 7, you should get the Moto Z Force Droid, which has a shatterproof display, 40 hours of battery life, and a souped up camera. Just be aware that it’s Verizon-only.

If what you liked most about the Note 7 was its size, ignore this. If you’re a Samsung fan, though, and appreciate its TouchWiz software touches, you can do a lot worse than the Galaxy S7 Edge. It’s like the Note 7’s adorable kid brother, and it won’t singe your carpet. (And with a 5.5-inch curved display, it’s still plenty big.)

The LG V20’s going to have a meaty 5.7-inch display, the very latest Android release, and enough audio/visual add-ons to power a small studio. It’s also not out until the end of October, so try not to schedule any important phone calls or app usages between now and then.

Here’s what you’re sacrificing by opting for last year’s Note: external storage, a faster processor, and more reliable firmware updates. That’s not terrible! And it’s otherwise basically the exact same phone you know and love, minus all that unpleasant danger.