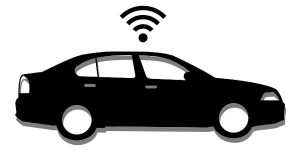 According to mobile consultants at Chetan Sharma, more cars were added to mobile networks in the US market than phones in the first quarter of 2016.

Cars made up nearly a third of new connections (32%) according to Chetan Sharma’s research, followed closely by phone connections which represented 31 percent. Further down the line, tablets constituted 23 percent of connections while M2M was just 14 percent.

This may not come as much of a surprise as many people will stick with their existing plan and just upgrade their phone – particularly in an established market like the US – but connected cars are becoming more popular in recent years with many first-time buyers connecting their vehicles to a cell service.

US telecommunications giant AT&T has eight million cars on its network which is “probably the highest of any mobile operator in the world,” the report notes. On top of this, AT&T is adding more cars than any of their rivals combined.

AT&T has plenty of dedicated connected car solutions which is sure to be appealing to vehicle manufacturers and their customers. In fact, the company has signed deals with at least nine of the approximately 15 or 16 major car manufacturers operating in the US. The mobile network provider also helps to advance research in the connected car space and develops its own concepts for consumer products.

One project was hatched about a year ago by Nancy Dominguez, a University of Texas engineering student and intern at AT&T’s Plano Foundry. Tragic news stories about parents who accidentally left children in hot cars led Dominguez to explore whether it’s possible to put sensors in a vehicle to detect a living creature and set off an alarm? Dominguez put together a prototype and AT&T has continued to refine it into something that could be used as the basis of a commercial product.

Interestingly, some consumers aren’t even aware their car is connected. A survey of 3,700 drivers in Europe by TNS and the BearingPoint Institute found that four in 10 were unaware the cars they owned already had connectivity features on board. The other six of those people said that connected features influenced their decision to buy a particular vehicle.

By Ryan Dawes for telecomtech.com