Here are a few introductions from this year’s CES that we want. How about you?

A Fitbit for Fido

Now when you track your own steps, you can look at Fido’s too. The Link AKC smart collar retails for $149 and acts like a Fitbit for your dog. Measuring activity levels and temperatures will give you insight into your dogs health and happiness. It’s also a GPS tracker that will let you know his whereabouts at all times. The device needs charging once a week and is water resistant.

A TV you never turn off

Samsung’s Lifestyle TV offers a clear, crisp HDTV with all the expected smart TV apps and functions, but when you aren’t watching, it transforms into a video display with a beautiful frame. Photos, works of art, even your child’s school art – whatever you want to display. Since it looks like a picture in a frame, guests will be hard pressed to know it is a TV, at least until you turn on the game. Due in stores later this year.

LG’s new Signature 77W7 4K TV is so thin you might mistake it poster. Nicknamed the “Wallpaper TV,” it is slightly thicker than a credit card and from the side practically disappears. Due later this year, the image will be clear, crisp and packed with features.

This lock’s Bluetooth technology and state-of-the-art accelerometer work together to help avoid theft and accidents. It will alert you if someone tries to steal your bike (if you are within 800 feet), and its dual-locking system protects both sides of the U-shaped shackle. The Ellipse needs to stay charged to use the Bluetooth technology, but thanks to a solar panel built into the base, a single hour of sunlight can translate into a week’s worth of use. If you leave your lock in the sun for 12 hours, you won’t need to worry about a re-charge for 6 months.

As an added and important bonus, the lock comes with sensors to detect sever impacts. If one occurs, GPS coordinates are automatically sent by text to designated friends and family.

With plenty of features to recommend this Smart Bed, here are some highlights. It automatically adjusts firmness if you switch positions in your sleep. It tilts your head just so if it detects you are snoring. And, it has a built-in foot-warmer. Heaven.

Cotal Tiles look like standard drop ceiling tiles but have a hidden power. They can wirelessly charge dozens of Cota-enabled electronic devices.

Cota Tile delivers real wireless power to Cota-enabled devices without wires, plugs or charging pads. It looks like the standard drop ceiling tile it is built to replace, but Cota Tile has a hidden superpower: It is a device that can wirelessly charge dozens of electronic devices.  Each Cota Tile contains Ossia’s wireless devices from tablets to smoke alarms. The system doesn’t interfere with Bluetooth technologies and the more you have, the better the charging. 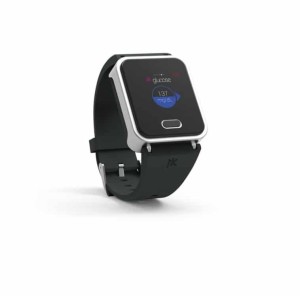 Diabetics have had to prick their fingers with needles for glucose level readings for decades. PK Vitality has found a way to eliminate this procedure while offering accurate readings. They have developed a  smartwatch device that uses “Skin Taste” technology which can take unlimited readings with the tap of a button.

The Skin Taste technology uses tiny micro needles to access interstitial fluid – a solution that is naturally found to surround all tissue cells and can account for 16% of a person’s body weight. That means that it carries valuable bio-information such as glucose.

The tiny needle (less than .05mm) painlessly penetrates the interstitial fluid in the skin and brings a drop into the device for a discrete reading. It is Android and Apple app compatible and also acts as a fitness tracker to calculate steps taken, calories burned, and distance traveled. The K’Track costs $149 with a monthly recurring charge of $99 for the glucose replaceable K’apsul. Depending on your glucose monitoring needs, that could be a small price to pay for convenience, comfort, and peace of mind. 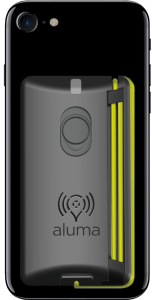 In an emergency, smartphones make it easy to call for help, but you still need to access the 911 screen or phone key pad. Aluma Connect attaches to the back of an iPhone or Android phone for quicker access. Push the button on the device or pull the wristband and an attacker will be blasted with a 135-decibel alarm and LED strobe light. It will also alert emergency contacts with a text or email with a map of your location. It will be available this spring for $100.

The only problem many have with LED lights is the blue spectrum that can be harsh in the evening. Soraa LED lights, called Helia, are designed to recreate the feel of natural sunlight. The bulbs, which rely on sensors rather than Wi-Fi, emit bright blue light in the morning when you’re waking up and then slowly reduce the amount of blue light until the sun sets. The result is light that’s easier on your tired eyes and less disruptive to your sleep.