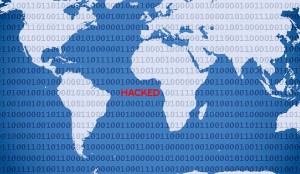 Following the large scale cyberattack that took down a number of high-profile sites last Friday, a Chinese electronics component manufacturer has admitted that its products were utilised by the attackers behind the disruption.

Hangzhou Xiongmai Technology, which produces DVRs and internet-connect cameras, came forward on Sunday to acknowledge that its products were exploited and that the attackers had taken advantage of security vulnerabilities resulting from weak default passwords.

The Mirai malware was used to orchestrate the attack as it can quickly amass large numbers of connected devices. These devices are then used by cyber attackers to launch large-scale distributed denial of service (DDoS) attacks.

Xiongmai offered further details in how its products were used in Friday’s attack, saying: “Mirai is a huge disaster for the Internet of Things. We have to admit that our products also suffered from hacker’s break-in and illegal use.”

The company had previously patched the initial flaws with its connected-devices back in September 2015 by prompting users to change the default password when using its products for the first time. However, some of Xiongmai’s products that are still running older firmware versions are still susceptible to be infected by Mirai and other forms of malware.

In an effort to prevent its products from being used in any future attacks, the company has advised all of its customers to update the firmware of their products and to change both their default username and passwords as well. Customers that are still cautious, can also completely prevent their devices from falling victim to malware by disconnecting them from the internet.

Dyn, the DNS service provider targeted by the cyber attackers, noted that devices infected with the Mirai malware were involved in Friday’s DDoS attack, saying: “We observed 10s of millions of discrete IP addresses associated with the Mirai botnet that were part of the attack.”