The Most Common Passwords In 2016 Are Truly Terrible 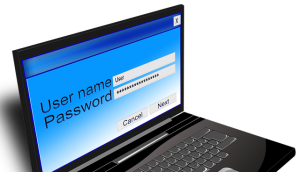 Cybersecurity is on many people’s minds these days, and yet using “password” as a password is apparently still a thing.

On Friday, password management company Keeper Security released a list of the most common passwords of 2016 ― and it’s, well, shameful.

The most popular password, making up nearly 17 percent of the 10 million passwords the company analyzed, was “123456.” “Password” was also among the top 10 passwords, coming in as the eighth most common.

Keeper Security assembled the list using a collection of passwords that were leaked through data breaches in 2016. The company didn’t include leaked passwords if the breaches were announced that year but occurred prior to 2016, co-founder and CEO Darren Guccione noted in a blog post that revealed the findings.

Keeper Security advised users to select a password that’s more than six characters long and contains a variety of characters — including numbers, uppercase and lowercase letters, and even special characters. The company also suggests avoiding full words, which it refers to as “dictionary terms.”

Dictionary cracks try combinations of known passwords and personal information. This may include a user’s favorite sports team, children’s names, phone numbers or birthdays. Brute force cracks often use machines to compile potential passwords that wouldn’t be found in a dictionary.

“Machines that can be purchased for less than $1,000 are capable of testing billions of passwords per second,” Keeper Security warns on its website.

Though Guccione admonished internet users for not selecting more secure codes, he also said websites are responsible for protecting their users.

“What really perplexed us is that so many website operators are not enforcing password security best practices,” he wrote. “While it’s important for users to be aware of risks, a sizable minority are never going to take the time or effort to protect themselves. IT administrators and website operators must do the job for them.”

Did your password make the list of shame? If so, it may be time to do some serious updating, or risk kissing your internet security goodbye.