How Much Do You Know About The Internet?

The internet is a vast, possibly infinite sea of information. Never has there been a technology that enabled such easy access to any conceivable existing written thought. 99% of all published books are online, movies, music, lectures, research and innovation. It is all there. How? How did this network emerge? What does it mean? What can you be doing to better utilize this new technology that has already shifted how people interact in their daily lives?

How much about the internet do you already know? The internet emerged as a direct result of electronic computers in the 1950’s. As early as 1960 the US Government was awarding contracts to labs that were building ‘packet networks,’ which were basically larger networks of CPU’s, with computers the size of bedrooms but could only really do very, very basic computing. Think about how much power is in your phone, and imagine that a room full of hardware in 1960 couldn’t even come close to looking at cat pictures on your phone or checking your email. ARPANET emerged during this time and managed to send a message from UCLA to Stanford and people were pretty happy about that. No matter how you look at it, the internet is still a connection of cables. There are cables that run the entire length of the Atlantic to connect North America to Europe, for example. If those cables were to be cut, there’d be some disconnects in communication.

Anyway in 1982 ARPANET became CSNET, and the Internet protocol suite was introduced (TCP/IP) as the operating protocol for ARPANET. By 1986 many super computers were connected across the nation, and this network was primarily used for research purposes. The first internet service providers emerged in the late 80’s, around which time ARPANET was decommissioned, but something bigger was happening in Switzerland.

During the 1980’s research done at CERN by British researcher Tim Berners-Lee resulted in the world wide web. The world wide web (www.) linked hypertext documents into a larger information system, accessible from any node within it’s network. This was the first webpage they created, and by extension, the first website, ever. Super exciting, huh? It’s just hyperlinks to documentation. Things moved pretty quickly after that first web page. By the mid 1990’s the internet had already begun to redefine our culture, even in it’s infant stages.

By 2000 the DotCom bubble had burst, Nokia had developed a mobile device that already connected to the internet, and people figured out that looking at cats is the best way to spend their time online. AOL handed out millions of CD’s offering free time online and dial-up caused rifts between siblings torn between phone calls and internet time. Since 2000 there has been an explosion in increased efficiency: No more dial-up, better mobile connectivity and the introduction of smart phones, wireless internet/wifi, DSL, and fiber. Internet speeds for consumers can now easily exceed 100mb/s. to put that in perspective, less than 300kb/s is needed for a single VoIP call. Business internet is even faster than the home user, so systems like Voice over internet protocol, which started off as magic-jack and the infant vonage, have become industry leading communications technologies. 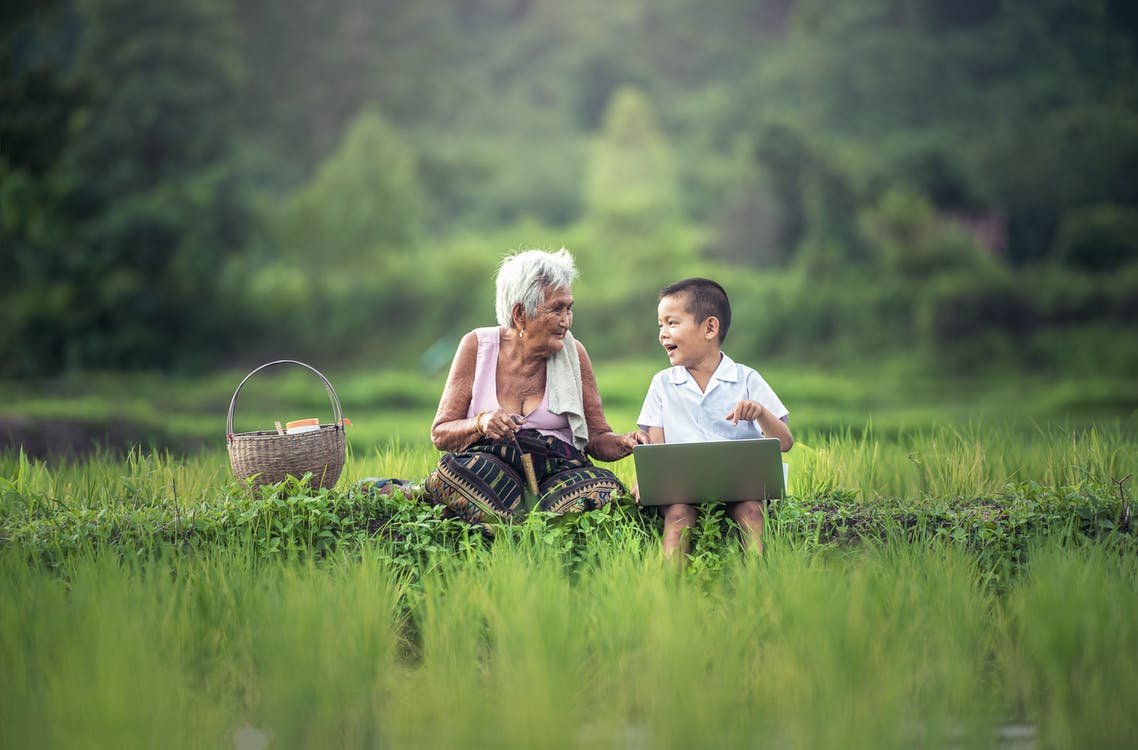 But what is next? We can only make CPU’s so small, and hard drives do have a physical barrier as well. What happens when we can’t make our technology any smaller because of the limits of the physical world? We move to light, or DNA. Instead of radio waves transmitting our data, it would be light (closer to application than you’d think), and there is a distinct possibility for future computers to use DNA to transfer data packets instead of traditional hard drives, which rely on magnetized and unmagnetized surfaces to correlate to a 0 or a 1. These 0’s and 1’s become the beginning of binary, the most rudimentary machine language. These new technologies could enable computing efficiencies that we can only dream about today.

So hopefully this brief outline of the history and (possible) future of the internet has been engaging, and educational. If you’re thinking you may need to jump on the bandwagon and catch up with the times, Voice over IP technologies are a great place to start to upgrade your business.