Why you shouldn’t hire based on qualifications alone 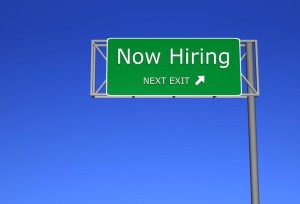 At heart, we all know it is ineffectual to write job ads and fill them up with long lists of ultra-specific technical and functional skills when there are equally, if not more, important qualities the ideal hire should have. Somebody could walk in the door with every single qualification you’ve listed in a job ad, and he could still be a terrible hire. Someone else who walks in with twenty-five percent of your so-called “Essential Requirements” could do the job brilliantly.  Somebody who possesses every single qualification listed in your job ad might be the worst person to hire if he (or she) only makes it into work two or three days out of five. He might be a terrible new hire if he’s mean to his co-workers.

If you want to make good hires, you have to get your nose out of the resume, and really talk to the candidate.  You never know, a candidate might be a smarter marketer, never having held a job with “marketing” in its title, than another who has spent 10 years in a marketing department.  Recruiting is not a clerical word-matching exercise, it is a human experience.

Through conversation, a careful listener and thoughtful observer can dig into issues like a job-seeker’s past projects, far beyond the traditional, insipid questions like “How long have you been using Excel?” That question tells you nothing about what someone actually knows about Excel.

If you ask someone about his use of a tool like Excel, for example, you have to ask him how he used it and how it worked out when he did. If he didn’t use the exact tool your company uses, it may not be a deal breaker if his understanding of Excel is solid.  Smart people can easily learn how to use new tools.

Here are five reasons not to hire someone — even when he has all of the requirements listed in your job ad.

1. Don’t hire anyone who stumbles through the interviewing process, goes silent for weeks at a time, misses interviews and otherwise drops the ball throughout your recruiting pipeline. You need someone who is tuned in and interested.

2. Don’t hire anyone who comes to the job interview without questions of his own, and who doesn’t come up with any questions while you are talking. Intellectual curiosity is one of the most important things you are hiring — if you really want smart and engaged people in your organization.

3. Don’t hire a person who is angry, harsh or impolite during the interview. Anyone can make a social slip, but that’s not the issue here. Some applicants come to a job interview with a chip on their shoulders. Don’t say, “There’s no question about it — Jason is an angry dude. He’s really qualified, though. He must have been mistreated at his last job. We will hire him and he’ll like it better here than he liked his last job.” Three months later, Angry Jason is out the door and the rest of the team is fuming over the stress Jason’s hostile presence caused them for three months. It is not a good idea to hire someone who is hostile during the interview process, no matter how technically qualified he is. A lot of people are in pain and that is sad, but your job as a manager is not to save souls or rehabilitate people. Your team’s energy is the most important fuel source you’ve got. Don’t let anybody tamper with it.

4. Don’t hire a job applicant who has no sense of his path or direction. If you do, don’t be surprised when your expectations and his expectations fail to mesh down the road. Adults are expected to know where they’ve been and where they’re headed, beyond “I need a job right now.” We can all ask ourselves the question “Where am I headed?” and “What am I trying to learn?”

5. Don’t hire anyone whose job-search message is “Please hire me — I’ll do and be whatever you want!” The best hires are people with a healthy measure of self-esteem. All of us can understand why a job-seeker would grovel, but if a job applicant has no sense of his own value, how can he make a contribution to your team?

It’s time to stop our sole reliance on key words and specific skill sets and look to character, ambition, intelligence, and, needless to say, a good sense of humor.