Will your next car talk to traffic lights? Are diesel engines on their last gasp? Have electric vehicles charged into the mainstream?

Those are some of the questions new technologies and vehicles may answer in 2017.

The auto industry’s present is starting to sound a lot like science fiction, thanks to technologies with names like V2X communications, smart infrastructure and e-axles.

Some of what’s on the horizon:

Cars that talk to each other 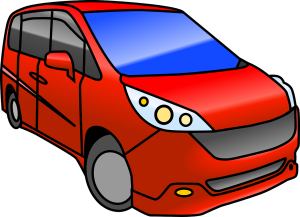 Cadillac CTS sport sedans will offer a revolutionary system in 2017 that allows them to share information about driving conditions like weather, speed, sudden braking, accidents and more. It’s the beginning of vehicle-to-vehicle (V2V) communication, a wi-fi-like technology that will eventually be standard on every new car.

“It increases drivers’ awareness of what’s beyond their line of sight,” said Sam Abuelsamid, Navigant Research sIt’s also key to “platooning,” which will allow packs of vehicles to drive close together at high speed without slowdowns or accidents.

Audi recently began selling several models with vehicle-to-infrastructure capability, which allows traffic lights to tell vehicles when they are about to turn, increasing safety and enabling stop-start systems to save maximum fuel. Las Vegas is the first American city where traffic lights communicate with cars, but others will follow.

V2X communications, incidentally, essentially means “vehicle to whatever,” a catch-all phrase for upcoming systems linking vehicles to one another, traffic lights, weather information and more. It’s an important part of the web of technologies that will lead to fully autonomous vehicles.

Chevrolet and Mazda will test America’s appetite for diesel cars and SUVs in 2017. Diesel sales plummeted when the technology’s prime purveyor, Volkswagen, got caught up in an emissions-cheating scandal.

Diesel powered versions of the popular Chevrolet Cruze compact sedan and Mazda CX-9 family crossover SUV could show whether the technology — which delivers high fuel economy and excellent performance — has a future in the U.S.

The Cruze and CX-9 will certainly be the most fuel-efficient non-hybrids in their classes, but will the people who lined up for VW diesels buy them? Will they even know Chevy and Mazda want their business?

“Chevrolet and Mazda will have their work cut out finding diesel buyers and telling them new options exist,” Brinley said.

Autonomous vehicles in the real world

Fiat Chrysler is building an intriguing part of the future in its Windsor, Canada, assembly plant, which will produce about 100 autonomous Chrysler Pacifica plug-in hybrid minivans as part of Google’s vehicle development project.

Google won’t sell any of the self-driving minivans to the public, but they will rack up countless miles testing the technology’s readiness and safety in the ultimate family vehicle.

Critics have mocked minivans as boring, but the Google Pacificas are an exciting look into the future.

Google chose the Pacifica as its production-vehicle test bed in part because the minivan’s size makes it ideal to carry the myriad sensors autonomous driving requires.

The Pacifica’s height also makes it a tall platform to give sensors the best possible view of the van’s surroundings.

The great test of the technology may be whether Google is confident enough to allow testing of its self-driving minivans by independent evaluators.

Demand for electric cars will face a crucial test this year, as the Chevrolet Bolt brings a new level of affordability and practicality to the technology.

The Bolt’s EPA-rated range of 238 miles on a single charge and base price just under $30,000 after tax incentives should put the roomy, zero-emission hatchback in competition not just with other environmental heroes, but family vehicles like the Honda Accord, Hyundai Sonata and Ford Escape.

Other electric cars, including the Kia Soul and Volkswagen e-Golf, are increasing their ranges dramatically, though not nearly to the Bolt’s level. And don’t forget Tesla’s eagerly awaited 3, which aims to challenge the Bolt for the longest range at the best price.

If EVs don’t move into the mainstream this year, you have to wonder whether the technology will ever make the leap.

48 volts strike like lightningHow does a hybrid car that costs a mere $500 more than a base-model sound to you? Shock absorbers that turn the energy generated when a wheel hits a pothole into more miles per gallon? Superfast heated seats and steering wheels?

That and more is on the horizon as automakers adopt 48-volt electric systems. Excluding hybrids, modern vehicles use 12-volt systems. The more powerful 48v units enable a range of features for more comfort, better performance and improved fuel economy, but at a lower cost and with less risk than hybrids’ 300v systems.

“The German manufacturers are likely to bring 48-volt systems to market first. Mercedes’ all-new engine family uses 48V electric superchargers,” said Lindsay Brooke, editor-in-chief of Automotive Engineering, the magazine of the Society of Automotive Engineers. “Forty-eight-volt systems offer a lot of bang for the buck, including hybrids that give you 70% of the benefit of current high-voltage systems for 30% of the cost.”

The Bentley Bentayga luxury SUV is the only vehicle currently sold in the U.S. with 48-volt features, an adaptive suspension. Look for that to change soon.

How do automakers simultaneously meet soaring demand for SUVs and rising fuel economy standards? Suppliers are lining up to sell them electrically powered axles. Already available on the Volvo XC90, BMW i8 and plug-in hybrids and the Toyota RAV4 hybrid, e-axles, as they are called, will show up on a number of new vehicles soon, including the Mitsubishi Outlander plug-in hybrid.

Adding a rear e-axle to a front-wheel drive vehicle can improve performance, handling, and foul-weather ability at lower cost and with less fuel consumption than conventional four-wheel-drive systems. Expect to see more of them, particularly as 48v electric systems become more common.

“It’s a rare fusion of technologies that can simultaneously offer engineering benefits and give buyers some of today’s most desirable features,” SAE editorial director Visnic said.