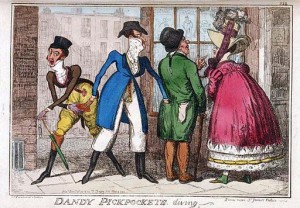 Legendary Supreme Court Justice Louis D. Brandeis said, “Publicity is justly commended as a remedy for social and industrial diseases. Sunlight is said to be the best of disinfectants; electric light the most efficient policeman.”

Synthetic identity theft is committed in a variety of ways, ranging from simple (changing a few details like address or using a “new” Social Security number to create a new credit profile mixing “legitimate and fake data to create synthetic identities,” as The Wall Street Journal reports) to more ornate scams, where the bad guys set up shell companies that report to the three credit reporting agencies on huge portfolios of fictitious consumers (all of them synthetic identities) with unusually perfect credit histories—a sort of pump-and-dump scam.

But even with the more ornate scams that are built on credit fictions, there is an element of truth to them — someone’s Social Security number has been listed, someone’s address and someone else’s name — and that’s where you can get hurt.

If your Social Security number is being used as the lynchpin of a synthetic identity, any fraudulent accounts (or derogatory information associated with them) could ultimately wind up on your credit report and severely damage your credit scores.

In addition to the credit score consequences, the legal repercussions related to identity theft can be severe. Sometimes, victims not only have to combat financial fraud, they also face the risk of being jailed for crimes they didn’t commit, for instance.

The average consumer — heck, even a fairly savvy one — has no meaningful way to prevent this kind of attack on their personal information, and there is a simple reason. They don’t know anything about it, and because of its convoluted nature — not all of the personal information associated with the identity matches the victim — they may not know about it until they are in the soup.

According to a Federal Trade Commission report, synthetic identity theft accounted for 80 to 85% of all identity fraud in the U.S. and “is the fastest growing type of ID fraud.”

The primary cause here will be a familiar sounding one — mega data breaches. With more than a billion records containing personally identifiable information compromised to date, there’s a cornucopia of information out there — doubtless some that belongs to you or your family members.

What You Can Do

Caution is the watchword here. If you get a call or an email asking you to authenticate sensitive information, hang up or hit delete, go online to find the correct contact information for the organization that called, and call them back directly. Bear in mind there is one big trade-off when you use social media and do what most folks do—over-share life events: strangers can glean a great deal about you. Protect your passwords, make them long and strong, properly store documents that can be used to hijack your identity, and seriously consider freezing your credit, which prevents creditors from accessing your credit reports.

Keep track of your credit score, as a sudden drop may indicate identity theft. Check in on major accounts daily. If that’s too much work, sign up for free transaction alerts from financial services institutions and credit card companies. You might also want to consider subscribing to a credit and identity monitoring program. Don’t just do this for yourself, do it for your children as well, since synthetic identity theft scammers often target their Social Security numbers.

If you are a victim of identity-related fraud, deal with it right away, whether you roll up your sleeves and do it yourself or enroll in a program that does it for you. (In fact, you may already be enrolled in such a program, compliments of your insurance company, financial services institution or employer.) Set up fraud alerts with each of the major credit reporting agencies. Again, if you haven’t done so, consider a credit freeze, which can prevent new accounts from being taken out in your name.

Javelin Strategy & Research estimated that new-account fraud will “soar 44% between 2014 and 2018, rising from $5 billion in annual losses to a projected $8 billion.” The solution to this growing problem for American households is not an easy one.

Synthetic identity theft — like the very sophisticated malware that infects systems and stealthily spreads its tentacles through personal, business and government networks— is extremely hard to detect and often harder to unravel. The answer is to remain alert and remember, if something seems off, go with your gut.