Think you’re underpaid? This site can prove it 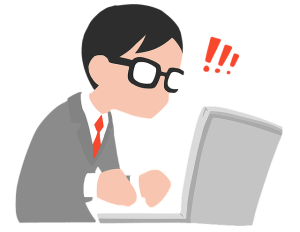 Ever wonder if you’re being paid what you’re worth?

Glassdoor hopes to take the water cooler guesswork out of that question with Know Your Worth, a new site feature that launched in beta late Tuesday.

Typing in a series of relevant details — current title, salary, employer and location — will trigger an algorithm that creates a graph showcasing what you’re making against what the average is for the same position in the field.

For example, punch in assistant store manager with 11 years of experience working in Dallas making $55,000, and Know Your Worth lets you know that a number of your peers are making about $7,000 more a year.

Or a senior software engineer with eight years of experience who works at Apple making $160,000 a year would learn that is $10,000 above what is typical, but $15,000 below market value.

“Almost since we started (in 2008), one of the most popular features of our site was salary data, so we wanted to take that one step further with machine learning and help people see what they’re value is in today’s job market,” says Glassdoor corporate affairs chief Dawn Lyon, who also serves as the Mill Valley, Calif-based company’s chief advocate on equal pay issues.

There is in fact a growing spotlight on the issue of equal pay for the sexes, especially in the technology sector where executives also are grappling with largely white, male staffs that do not reflect the nation’s cultural diversity.

Besides being pressured by media outlets and workplace advocates on the morality of employment diversity, a number of studies have indicated that companies with diverse staffs do better financially.

Whether it’s the promise of greater revenues or the desire to do the right thing in order to lure new talent, there is some evidence that the issue isn’t being swept under the rug.

Microsoft was hit by a lawsuit a year ago by a high-ranking female employee who charged that the tech company’s female technical staffers were paid less and promoted less frequently than male peers. Microsoft CEO Satya Nadella responded in part by making it his mission to review all salaries for pay inequity.

In March, Amazon said that its review of staff pay revealed that women made 99.9% of what men earned, after Apple said its female employees made 99.6% of men’s salaries. In April, Salesforce reported that it had reviewed 16,000 salaries of its female employees and spent $3 million to adjust them.

In its report on pay inequality, the U.S. Congress’ Joint Economic Committee published a map that showed pay gaps by state. Delaware rang in on the low end, with women making 10.4% less than men, while Louisiana featured the largest gap with men out-earning women by 35%.

A new tool aimed to help fight pay discrimination comes in the form of a law passed this summer in Massachusetts, which now requires employers to state a position’s salary up front and makes it illegal to ask what the prospective hire is currently making.

Knowing what you’re worth becomes a handy asset in such a blind negotiation, allowing job candidates to position themselves for a salary that is commensurate with the experience of others working in the same market.

“Obviously for many employees, working somewhere often has to do with the total rewards and culture being offered by a company,” says Lyon. “But at least this way you don’t have to wait around for that annual compensation discussion to talk about the matter if you feel things are off-base. The number we provide can be a starting point and a catalyst for a conversation.”

Lyon says that Glassdoor, which features employment information and listings from 600,000 companies in 190 countries, has been gradually expanding its features. The site now includes not only employee ratings and reviews of companies, but also data on company benefits programs and job candidate interview experience feedback.

By focusing on the nitty-gritty details of pay, which often are shrouded in secrecy, Glassdoor is aiming to take comp talk out of the shadows.

“Right now, Know Your Worth should be able to provide information for about 60% of U.S. workforce jobs,” she says. “But with more people inputting their data, we expect the data to get much more robust and rich.”