How to thwart “porch pirates” this holiday season 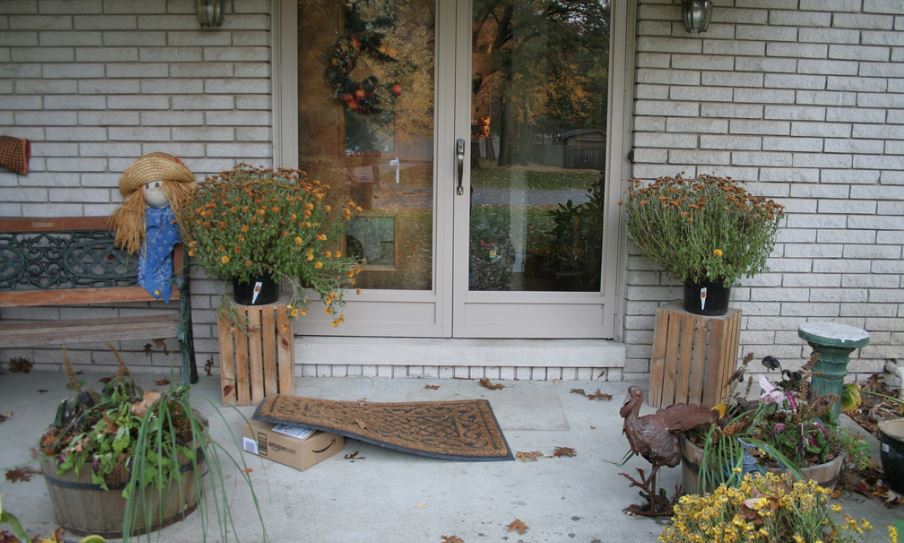 Thanks to modern technology, we can buy just about anything online and get it delivered to our doorstep in a snap. Not only has that been insanely convenient for us, but it’s also created a giant window of opportunity for so-called “porch pirates” too.

According to a recent report, at least 23 million Americans have had packages stolen from their porches, mailboxes, and stoops. Lucky for us though, there’s a there’s a slew of new high-tech sheriffs in town to put a stop to these pesky poachers. 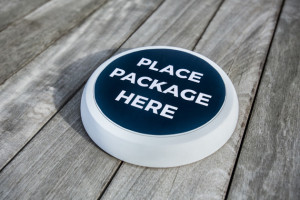 Package Guard (pre-order $49.99) is a frisbee-sized disc that might look low-tech, but it’s actually a connected package portal that sends an alert to your phone whenever a delivery arrives at your door. Industrial strength velcro holds the device in place, and it’s also weatherproof, battery operated, and connects wirelessly to your Wi-Fi.

But that’s not all Package Guard has up its sleeve; it comes equipped with a built-in alarm system. The disc senses when a package has been set down, and as long as you tap the app before you pick the package up, all is well. But if a Porch Pirate tries to take it first, the disc rings out an extremely loud alarm, letting everyone within earshot know that some shady business is going down.

Another option comes straight from the world’s largest (and arguably most convenient) online retailer. It’s called Amazon Locker, and it’s kind of like a post office box, but just for Amazon deliveries.

Instead of being delivered to your house or apartment, the packages arrive at a nearby Amazon Locker location, where they’re placed in a secure compartment. You get an email as soon as the package arrives at the locker and you have three full days to pick it up. When you go to pick it up, you simply enter your special unlock code on the Amazon Locker touchscreen and your compartment opens, allowing you to retrieve your delivery. Amazon Locker has locations in more than a dozen major U.S. cities, and many are open 24 hours a day for convenient pick-up. 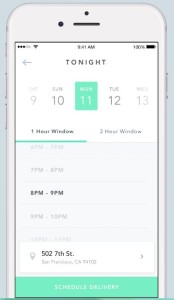 Doorman is a mobile app that simplifies online shopping

Imagine having someone you trust at your door to always sign and receive your important packages so you never even have to think about them being stolen. That’s kind of how Doorman works. It’s a slick app-based service that receives your packages for you, notifies you the moment its arrived, and lets you schedule when and where it goes next.

For example, let’s say your Amazon delivery is on its way. Instead of being delivered to your door while you’re off at work — and waiting to be stolen until you return home — the package is sent to your local Doorman address instead. You get a message telling you it’s ready, and then you set the time that Doorman drops your package off at your home, as late as midnight, seven days a week. It’s super convenient, and it takes all the guesswork out of signing for a delivery. Doorman is currently available in Chicago, New York City, and San Francisco, with more on the way. It’s free to try, and after the trial it costs as little as $3.99 per delivery, or $19 per month.

If you’ve been a victim of Porch Pirates in the past, or simply want a little added peace of mind that nobody has been snooping around your house, a security camera can put your mind at ease. (Heck, sometimes just posting a sign that anyone who approaches is being recorded is enough to deter a criminal.)

For this, you have an endless number of options and can rely on something as simple as a Blink ($99), Nest Cam ($199), or the new indoor/outdoor wire-free Canary Flex ($199) to stream a live picture of your front porch, or send you notifications when anything moves through the view.

To go really covert though, Kuna (various models starting at $179) has a range of HD home security cameras disguised as outdoor lights that you control from an app on your phone. It streams and records video, sends alerts when visitors approach your doorstep, and even lets you talk with them through a 2-way intercom.

One note here though: Oakland CHP Officer Sean Wilkenfeld told me that security cameras, “are only useful if they are high enough quality to see a face and a big advantage is to have one on the corner of your house pointed towards the street for license plates. License plates are a great lead for any department.” 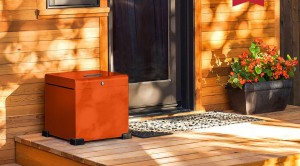 For some people, the simplicity of a lockbox works best. Landport high-tech lockboxes (starting at $499) were invented specifically to keep bad people from stealing your valuables, and founder Jody Pettit thought of the idea after a cherished heirloom teacup sent from her mother and passed down for generations, was snagged taken right off of her front porch.

You can bolt Landport’s rugged steel boxes to whatever surface you want, including concrete and asphalt, and they’re fairly easy and quick to install. Once installed, simply share the unique code with the delivery service whenever you place an online order — you know those little “special instructions” boxes when you reach the online checkout? Just toss the code in there — and reset the codes whenever you think you’ve given it out to too many people. It’s as simple as that, and your packages stay put until you pick them up.

By Jennifer Jolly for usatoday.com/tech |