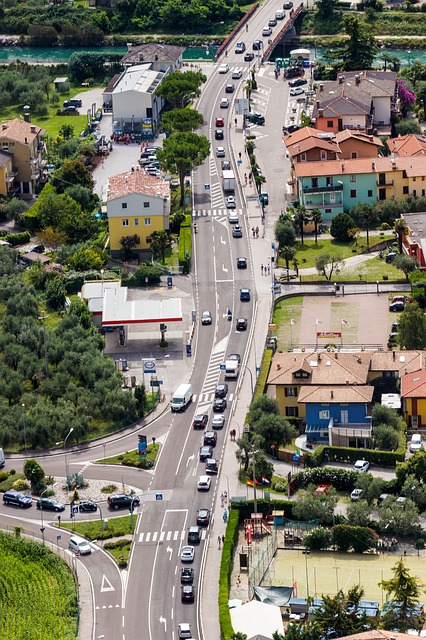 Call it planners versus algorithms.

Smartphone apps like Waze, a godsend for some road warriors because they shave minutes and even hours off their commutes with their creative detours off main highways, are causing headaches for city planners.

But the GPS-enabled computer programs often don’t know that, or care. Their creators, such as Waze (owned by Google), are sympathetic, to a degree. They may give cities tips on how to effectively game the program so a neighborhood detour doesn’t seem that appealing. But at the end of the day, the purpose of the bots is to make use of all available road space, main thoroughfare or country lane.

The upshot is mounting frustration from cities, which are trying to thwart computer systems that are savvier than ever.

“Don’t trust your apps!” reads one road sign in Fremont, a city of 225,000 people just north of San Jose. Located off the heavily congested 880 and 680 freeways, it’s situated between major San Jose-area employers like Intel, Cisco Systems and eBay, and the more affordable housing suburbs in California’s Central Valley.

With highways frequently congested, navigation apps like Google Maps and Waze started telling drivers to hop off the freeway at Fremont’s Mission Boulevard, cut through residential streets and then hop back on the highway where things were clearer — much to the distress of the people who lived there.

When he contacted the navigation apps, he was told the apps attempt to prevent congestion by distributing traffic on all public streets, even to quiet residential roadways. The only way to stop the drivers was to change the street routing so these shortcuts were no longer that.

So Fremont instituted commute-hour turn restrictions on the most heavily used residential cut-through routes. The city also partnered with Waze through its Connected Citizens Program in order to share data and information, such as the turn restrictions, so that the app takes them into account. The result has been effective, but Veloso is worried the changes may simply reroute commuters into other neighborhoods.

“We’re just trying to find a balance, to eliminate some of the time savings that’s sending people into our streets,” Veloso said.

Fremont’s situation is playing out in towns and cities across the U.S., with municipal planners just starting to grasp the scope of the challenge.

“Waze and Uber hit transportation planners so fast that we didn’t know what to do,” says Sam Schwartz, a former traffic coordinator for New York City. His 1992 book New York Shortcuts and Traffic Tips was a popular precursor to the systems and apps that have been downloaded by hundreds of millions of users.

At a conference of transportation engineers this summer, Schwartz said the topic was being discussed in the hallways but not yet in plenaries. “We need to get ahead of this, but we don’t know what to do,” he said.

Cities are struggling to get their arms around the issues the apps raise. Boston’s winding streets, some of which date back to cow paths from the 17th century, make the city especially prone to drivers taking shortcuts and back routes to get around congestion.

Jascha Franklin-Hodge, the city’s chief information officer, thinks most drivers are only using traffic apps for longer trips at this point.

But once they start using them in their own neighborhoods, or if cars start to integrate mapping technology into their systems, or when self-driving cars come into play in the future, then the anecdotal issues he’s hearing about today “will just be the tip of the iceberg,” he said.

“We can’t force an app maker to embed communal goals into their app,” he said.

Waze’s goal: Use all streets

There is some communication between cities and the major apps.

Boston, for example, uses Waze traffic jam data to help it time traffic lights in the downtown harbor area. That information helped reduce congestion by 18% month over month, according to the company.

But in the end, as Fremont found, Waze believes that public roads are intended to be used by all citizens, including to alleviate gridlock. “We use the streets within reason. We find the open road and spread cars across the grid, which lowers the risk of unsafe driving behavior,” said Julie Mossler, Waze’s head of brand and global marketing.

Neither Google Maps nor Apple Maps responded to requests for comment.

Mapping software does have the power to slow a route down. It sets what’s known as the free flow traffic value, the time it takes to traverse a given roadway based on the physical conditions, and it’s generally set to the legal speed limit.

But getting those programs to lower the upper limit isn’t easy. There are too many neighborhoods, too many roads and it’s all too site-specific. Even getting a single area changed would be cost prohibitive to the app makers because it could potentially require staffers to make on-going micro updates. Waze says it hasn’t gotten any such requests.

There’s also an inherent conflict of interest between the mapping software and the cities.

“In the conflict between getting you there fast versus the neighbors who are upset about drive-through traffic, Waze’ business is with the drivers — because if you’re not getting value you’ll go use Apple Maps or TomTom,” said Mark Hallenbeck of the University of Washington in Seattle and director of the Washington State Transportation Center

Today, many planners say the only alternative cities have is by physically changing street layouts. After spending decades building streets that let drivers get from Point A to Point B as fast as possible, they’re beginning to rethink the whole thing.

“If you have residential streets where drivers feel comfortable doing 40 miles per hour, you didn’t do a very good job of designing them in the first place,” said Jennifer Dill, director of the National Institute for Transportation and Communities and a professor of urban planning at Portland State University in Portland, Oregon.

On top of that, many of the things that used to slow people down don’t anymore.

“In 1953, your Chevy made a lot of noise and it gave you physical cues to tell you you were driving fast. Now in a modern car, there’s good sound deadening and you get no auditory or physical sense of how fast you’re going,” said Washington’s Hallenbeck.

To deal with this, city planners are contemplating redesigning roads that eliminate shortcuts or use one-way streets that prevent computers from using them as an alternative to a main thoroughfare.

Seattle’s already begun this process. Its traffic engineers have spent years remaking streets so that it’s impossible to speed. They’ve rebuilt residential intersections as roundabouts and allowed parking on both sides of the street side to cut the useable driving space down from 36 feet to 12 feet.

But sometimes these plans backfire. And municipal authorities are aware that the bots are always one or even 10 steps ahead.

The city spent 16 months and $3.1 million to reconfigure the intersection of Bosworth and Diamond streets in the Glen Park neighborhood. The heavily-used intersection includes bike lanes, lots of pedestrians, children and parents walking to an elementary school a block away, a stop for tech buses heading to Silicon Valley workplaces, a BART subway stop and multiple bus routes.

The work was part of a Vision Zero plan to reduce the number of traffic fatalities to zero. It cut the number of lanes in each direction from three to two, widened the sidewalks, took out bus stops so buses now stop in the roadway and added a planted median and turn lanes.

The new design is meant to be safer for pedestrians, better for transit and to discourage speeding by drivers.

An unintended consequence has been an increase in drivers using mapping software that sends them down the narrow streets that traverse the neighborhood’s steep hillsides, said resident Katherine Murphy. She’s angry at the city for presuming everyone would play nice and only use the main intersection.

“Do they just have their heads in the sand that people are using technology?” she said.

Hallenback likens it to efforts to dam small streams. “The water often finds a new route around the dam. And that’s what is happening in San Francisco. People are finding a new path of least resistance.”

Neighbor Lexi Olian isn’t enjoying being part of that downstream effect. She’s now seeing cars on side streets that used to be empty except for people who actually lived on those blocks.

“Everybody’s talking about how great walkable communities are,” she says. “ But they won’t be walkable if traffic is zooming through.”