6 Great Android Apps And Games You Should Download Now

Android devices are always getting more capable thanks to the efforts of Google and its OEM partners, but that’s only part of the equation. Your phone can get more useful and entertaining instantly when a handy new app or engrossing game is installed. The problem, though, is figuring out which of the many new titles in the Play Store are worth your time. Well, here they are. After many hours of toil and testing, these are the best new apps and games you can get on Android right now. 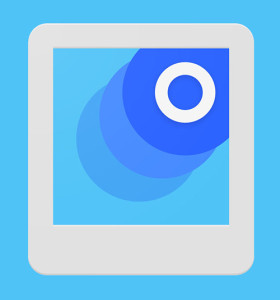 A new app from Google, PhotoScan lets you digitize your physical photographs with on your phone. I know what you’re thinking—if you’re just going to take a photo of a photo, you don’t need an app to do it. Indeed you would not, but PhotoScan is doing so much more than taking a photo. It uses machine learning to build a version of your photo without the glare or perspective issues you’d get by simply taking a snapshot.

Digitizing a photo starts with taking a snapshot using PhotoScan. This is merely used as a frame of reference so the app knows the approximate dimensions and layout of the photo. Then, it places four points on the photo, which are visible in the viewfinder. Move the phone to center on one, then wait for the progress bar to fill up before moving on to the next one. After you’re done, the app takes all the frames it captured from each point and assembles a complete photo.

All the glare is factored out and the individual blocks are transformed to make sure the perspective is corrected. The results are impressive, especially considering this is a phone app. The resulting image can be backed up to Google Photos for free so it’ll be available on all your devices. 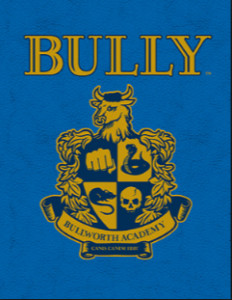 School is back in session now that Rockstar has ported its classic open world game Bully to Android. This is a lesser-known title from Rockstar’s PlayStation 2 days, when the Grand Theft Auto series ruled the roost. However, Bully has its own distinct appeal, and it may actually work better on a mobile device than the GTA games do.

This game takes place on and around the grounds of Bullworth Academy, a crummy boarding school where the main character is dumped by his less-than-adoring parents. You have to navigate the politics of the schoolyard, completing missions and getting respect from the various cliques. Whereas GTA games are almost entirely about driving, Bully takes place mostly on foot. That instantly makes it easier to control on a touchscreen.

The game uses a time-based system to point you in the right direction while playing. For example, there are classes to attend that are basically mini games that increase your stats, but you can skip them if you’re on a mission or just want to goof off and explore. This, and other infractions, may get you busted by the school administrators, though. The graphics are straight out of PS2 era, which is starting to look a bit dated, even for a mobile game. Still, it looks nice enough and the gameplay holds up. It’s a single $6.99 purchase with no in-app add-ons. 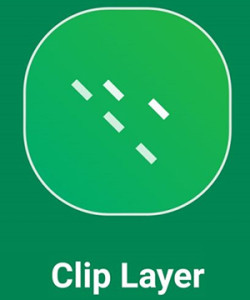 There was a time many years ago that copy and paste was a rarity on smartphones. The iPhone just didn’t do it, but Android did. All these years later, there are still places where you can’t copy text on Android. With Microsoft’s Clip Layer, you can copy anything anywhere.

This app plugs into your phone’s assist setting, which for most phones is Google screen search (formerly known as Google Now on Tap). That’s the long-press of the home button. Clip Layer links you to the necessary settings menu to change this. This is really not a big loss, except on the Pixel where the assist action is Assistant. Unlike On Tap, Assistant is actually useful.

At any rate, once you enable Clip Layer, you can long-press the home button to launch the app, allowing you to tap on any block of text on the screen and copy it. That includes app labels, notifications, anything. The floating text button in the corner gives access to all your copied text, so don’t forget to actually copy it from that before exiting Clip Layer. There’s also built-in sharing and task generation with Wunderlist. 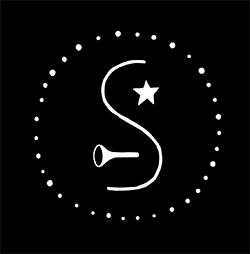 From the developer of Mechanarium, Samorost 3 follows a gnome who finds a magical flute. With this flute, he can unlock a variety of mystical devices that enable him to travel to different worlds. Eventually, he can will be called upon to defeat a great evil with the flute, but only if you can solve all the whimsical puzzles to get there.

There’s no dialog in Samorost 3—all your interactions with characters and machines are relayed via pictures. It’s a point-and-click game at its heart, but the environments are beyond gorgeous and the puzzles are very clever. There are times when a puzzle is so abstract that you’ll be stumped, but that’s rare. Give it some time and try to look at things from a different perspective. More often than not, you missed a step someplace nearby.

There are 45 different areas of the game, each one rendered in exquisite detail. Sometimes you’ll just find yourself in awe of the art and animations. This game won’t appeal to everyone, but it’s great for lovers of puzzles. Samorost 3 is $4.99 in the Play Store, and there are no in-app purchases.

You probably have far too many apps on your phone—thanks in part to roundups like this. Contextual App Folder helps you surface the apps you need at the right time, saving you from digging around in your increasingly bloated app drawer. It’s a folder that always has the right apps right on your home screen.

Contextual App Folder is technically a widget (that’s how you add it to the home screen), but it looks and behaves like a folder. Well, right up until it morphs into a completely different folder. Using the settings app, you can choose which apps will be listed by Contextual App Folder based on several triggers like headphone status, location, and time.

For each trigger you activate, you can pick the apps you want listed. The folder updates very fast even for the location trigger. Contextual App Folder even includes settings to make the folder match your home screen’s aesthetic so it blends in better. It’s a very handy app, and it’s free. I wouldn’t be surprised if more features are added later with an in-app purchase, though. 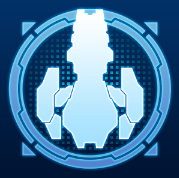 In Battleship Lonewolf you take command of a Battleship predictably called Lonewolf. There are numerous threats in the galaxy, and this upgradable vessel can help you eliminate them. This is an action-packed space-shooter with 30 levels of gameplay, plus a survival mode to put your fully upgraded battleship to the test.

You begin each level in Battleship Lonewolf with an unarmed ship. Resources are used to add weapons to your craft’s hardpoints, but you only have a few to start. By upgrading your ship you can unlock more weapons, add hardpoints, and make your abilities more potent. The entire game is top-down with the ship at the center of the display. Simply tap or drag where you want it to go, but watch were the enemies are. The Lonewolf fires automatically at the closest threat, but you need to make sure it’s in position to dish out damage without taking too much in return. The difficulty ramps up after a few levels, but upgrading the ship can keep you ahead of the curve.

Some of the later boss battles are very visually impressive with multiple batteries of glowing missiles and massive particle beams lancing out through space at your ship. The visuals in general are solid with a ton of lighting effects and good detail. Battleship Lonewolf will run you $2.99, and there are no in-app purchases.

By Ryan Whitman for forbes.com