AT&T’s AirGig could change how it delivers fast Internet 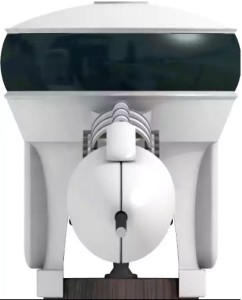 AT&T says it is having “advanced discussions” with power companies to begin field trials of Project AirGig in at least two locations by the fall, and if all goes well, commercial deployment could occur within 9 to 12 months. One of the trials will be in the U.S.; a second could be outside the country.

Project AirGig technology involves placing small low-cost plastic antennas developed by AT&T Labs on top of existing power lines. These devices create a multi-gigabit signal that travels along or near the wire, but not actually through it.

Using so-called mmWave surface wave launchers and inductive power devices, the signal can be moved from one pole to the next, and powered without a direct electrical connection. AT&T says it has secured more than 200 patents and patent applications. It also just reached an agreement to acquire a San Francisco company, FiberTower Corp, which holds mmWave spectrum rights. Terms weren’t disclosed.

With its acquisition of DirecTV and national franchises in wireless, “we are uniquely incented to try to get a broadband offer everywhere in the country,” says AT&T’s chief strategy officer and group president John Donovan, who acknowledges fierce competition from other wireless and cable companies, all pressing ahead towards next generation “5G” solutions.

“We’re racing to a gig,” he says. “We’re not trying to get to the next incremental level of speed. What we’ve seen is that the adoption curve is happening–people are starting to find applications that are going to use the power of the network…Our strategic intention is to take as much of the footprint of the U.S. and Mexico as we can and try to evolve it into a gig of broadband access, whether we get there in the ground or over the air.”

Donovan declined to name the power companies that AT&T is speaking with during an interview with USA TODAY. But he says an announcement of a partnership is more likely to come in “days to weeks” rather than months.

And Donovan offered one hint about the first potential partner: “You can imagine it’ll probably be (a power company in the) south instead of (the) north because one less variable (is) winter.”

The AirGig approach is meant to complement other technologies in the race towards ultra-fast 5G. Among its approaches, AT&T is still laying down fiber, for example, as it competes against the likes of Google and Comcast. AT&T says its fiber network is in 46 metropolitan areas across 21 states where the company offers home Internet service. It expects to reach at least 12.5 million locations across 67 metro areas by mid-2019.

For its part, Google recently halted its Fiber rollout in ten cities, and a top executive departed.

But AirGig also lets AT&T save money by not having to bury cables in certain areas or construct new cellular towers in others. Via AirGig, AT&T can share maintenance costs with the power companies whose poles it is piggybacking on.

When we build networks, these are heavy capital investments. Whenever you’re doing something big…you always try to look at what are some other shared infrastructures we can take advantage of,” says Andre Fuetsch, president of AT&T Labs and chief technology officer. “This is really a perfect spot to serve not just (the) homes and businesses that these power lines are adjacent to, but also any mobile access as well, whether they’re cars or people walking around or think Internet of Things…. So that’s (one of) the big `aha’ game changers about this technology.”

AT&T is looking to use the field trials of course to validate the results in the labs, where it has seen “double-digit” gigabit speeds.

“In a real world setting you’ve got weather, trees, birds landing on the wires,” Fuetsch says. “And then we’re going to do this with customers to see what the experience is like. We’re optimistic about it of course but really until we get this out in the field working with the utility, the proof will be in the pudding.”