A civil internet may be a lost cause 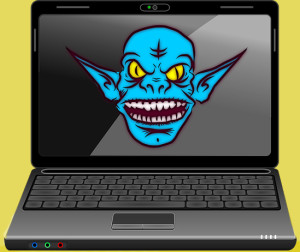 When it comes to online harassment, fake news and internet trolls, the forecast looks stormy. It may be time to give up the ship on a civil internet.

The Pew Research Center and the Imagining the Internet Center at Elon University surveyed about 1,500 technology experts, scholars, corporate practitioners and government leaders in July and August 2016 for the study, and the results are pretty demoralizing.

Researchers at the Pew Research Center and the Internet Center at Elon University asked about 1,500 scholars, corporate users, and technologists what they thought the future of the Internet holds, with regards to how people treat each other, and an overwhelming 81 percent said trolls are winning.

Specifically, the poll asked: “In the next decade, will public discourse online become more or less shaped by bad actors, harassment, trolls, and an overall tone of griping, distrust, and disgust?”

About 40% of the respondents said the internet will stay the same for the next 10 years, while 39% said they expect it to get more hostile. Only 19% predicted a decline in harassment and abuse. Pew notes that the survey was conducted between last summer, long before “fake news” became part of our everyday vernacular.

Vint Cerf, a VP at Google noted, “People are attracted to forums that align with their thinking, leading to an echo effect. This self-reinforcement has some of the elements of mob (flash-crowd) behavior. Bad behavior is somehow condoned because ‘everyone’ is doing it.”

The report overflows (literally hundreds) with remarks from engineers, scholars, and tech leaders that blame the decaying internet culture to things like bot accounts, the rise of click-bait, unregulated comment sections, reluctance to “violate” another’s free speech -no matter how harmful, or simply a bad mood.

Declining trust in the media is also contributing. Social media and the cable news format have opened the door for people to question the validity and bias of reporters and news sources. Media organizations that used to shape public conversations — and were dedicated to an appearance of civility — have shrunk in influence, while cable news formats and social media have inflamed and “legitimized” the use of incivility and a sort of “Jerry Springer” discourse.

But is isn’t just the users who are held accountable. There are economic and political incentives to allow and even support trolling. Social networks like Twitter and other tech companies thrive on trolling. Higher usage means higher advertising revenue.

“Things will stay bad because to troll is human,” the report said. Bad behavior isn’t new: it just has a new name on the internet.

But setting up system to simply punish the bad actors isn’t necessarily the solution, and could result in a sort of “Potemkin internet,” or an internet where “safe spaces” will developed to protect people from trolls, which that look good, but hides a deeper, secret underbelly.

As Susan Etlinger, a technology industry expert, wrote, “The more worrisome possibility is that privacy and safety advocates, in an effort to create a more safe and equal internet, will push bad actors into more-hidden channels such as Tor. Of course, this is already happening, just out of sight of most of us.”

(Tor is free, downloadable software that lets you anonymously browse the web. It is frequently used by  trolls, terrorists and anyone who wants to evade government surveillance). Tor is also helpful, though, to those living under harsh regimes who need anonymous outlets for protest and calls for reform.

Not everyone is pessimistic, however. One respondent noted, “As the tools to prevent harassment improve, the harassers will be robbed of their voices.”

For now, it looks like we have a high mountain to climb.

Adapted from articles in The New York Post and The Atlantic | photo: pixabay mash-up