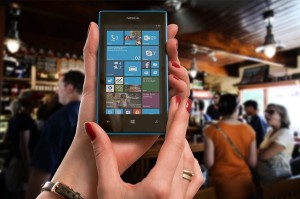 If you are trying to prune your phone’s collection of apps, here are some steps to take to find the ones that should get the hook first.

It can be tempting to let apps accumulate on your phone until you start to run out of space, but apps you don’t use still have whatever data you put into them. They’ll still eat up your bandwidth to update themselves. And they will continue to distract you when you’re swiping through the grids of app icons in iOS and Android.

Neither Apple nor Google’s operating systems report which apps have gone ignored the longest, but their tracking of battery and bandwidth usage by apps can offer a rough indication of which ones have retained your attention.

In iOS, you can check each app’s recent battery use in the Settings app by tapping the Battery heading. See the clock icon at the top right of that list? Tap that to see how much time each app has spent in the foreground.

To see how much data each iOS app has used, tap the Cellular heading in the Settings app and scroll down. Unlike the battery data, this is a cumulative list–the running totals you see there can go back years.

The data you see there will only go back a month at most, although you can also browse records for previous months. Note also that some Android phones may not have the stock interface described here, because too many Android vendors still think they can design a better interface than Google.

But in Android, you can also install apps that will report how much time you spend in particular apps as well as your total time spent interacting with the device–a number that can be either enlightening or horrifying. Among the various possibilities, reviewers have consistently pointed to ZeroDesktop’s free QualityTime.

For example, on Friday, it reported that I had spent the most time on a call, followed by Twitter and then Gmail. I had also somehow spent more time in LinkedIn than Instagram, which suggests I should try to have a little more fun with my phone.

Apple doesn’t let iOS apps track the activities of other apps. Kevin Holesh’s free Moment works around that by reminding you to take a screenshot of the Settings app’s battery-usage list each morning; the app then reads the numbers in that image to track your usage over time.

This app will also track your screen time (I spent 4 hours and 20 minutes on my iPad Friday) and how often you pick up your device (38 times Friday). In retrospect, I  probably shouldn’t have spent that much time at my desk.