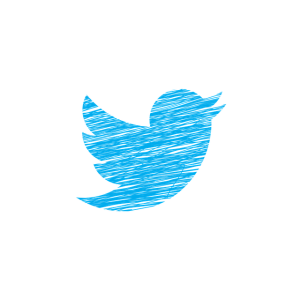 Since taking office on January 20, President Donald Trump has tweeted more than 120 times to his 24 million followers. But while Twitter has never had more geopolitical importance or market-moving potential, with the leader of the free world preferring to make incendiary and often false statements on his personal Twitter account, the platform being used to deliver those messages is still struggling.

Twitter’s stock tumbled by as much as 10 percent in pre-market trading after delivering fourth-quarter earnings results Thursday morning that disappointed Wall Street. The social-media company missed analysts’ expectations for revenue, with revenue of just $717 million compared to estimates of $740 million. Advertising spend on the platform lagged behind growth in daily users, which grew 11 percent year over year. In line with analyst expectations, Twitter’s monthly active users grew from 317 million last quarter to 319 million, but it did not disclose figures for daily usage.

Twitter, which reported a net loss of $167 million in the fourth quarter and $457 million for all of 2016, desperately wants to achieve profitability this year. It’s not clear that will happen, though there have been signs Twitter is making efforts to improve its user experience. Recently, Twitter has been experimenting with new features, like a non-chronological timeline and breaking-news alerts, which have helped boost engagement and time spent on the platform. The company seems to finally be taking its abuse problem seriously, rolling out new features this week to help its users.

In a press release, C.E.O. Jack Dorsey called 2016 a “transformative” period for Twitter—a positive spin on a year filled with negative headlines. In the past several months, Twitter cut 9 percent of its staff; shed businesses like Vine, which didn’t make money; explored the idea of a sale but couldn’t find a buyer; struggled with its very public abuse and harassment problems as trolls chased high-profile users such as actress Leslie Jones off the platform; sold its Fabric developer business to Google; and lost several executives, including C.O.O. Adam Bain. (Twitter’s talent exodus continues to this day: just this week, two more execs left the company.)

Still, the timing and unexpected outcome of the 2016 election has made Twitter indispensable, regardless of whether the 10-year-old company can find a way to stop losing money. Donald Trump detracted from the attention that had been paid to Twitter, following weeks of reports that the company had failed to find a buyer (some reports noted that potential buyers were turned off by Twitter’s harassment issues). Perhaps most important, and in absence of the growth figures Wall Street wants from the company, the election made Twitter a daily part of the news cycle.

The whole world is watching Twitter,” Dorsey said in his earnings remarks on Thursday. “While we may not be currently meeting everyone’s growth expectations, there is one thing that continues to grow and outpace our peers: Twitter’s influence and impact.” Never mind the fact that the majority of voters want the president, who has made Twitter the core of his communications strategy, to delete his account.