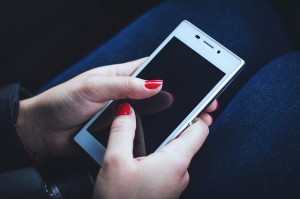 You may soon see faster connections on your cellular service. But your Wi-Fi connection may pay the price.

Thanks to a recent regulatory decision, wireless companies like Verizon and T-Mobile will soon be transmitting data in the same part of the public airwaves that’s used by Wi-Fi. The move will give the carriers more spectrum to play with, which should lead to faster speeds for their customers. But those cellphone signals may interfere with Wi-Fi transmissions.

“There could quite possibly be a significant disruption of Wi-Fi hotspots,” said Michael Calabrese, the director of the wireless future project at New America Foundation’s Open Technology Institute, a public policy think tank.

That’s a concern because a huge portion of internet traffic depends on humble hotspots. On mobile devices alone, some 80 percent of the data they transmit is carried over Wi-Fi, Calabrese and others have estimated.

The potential conflict between cellular signals and Wi-Fi has to do with a wireless protocol dubbed LTE-U.

You’re probably at least passingly familiar with LTE. Short for long-term evolution, it’s the standard networking technology used by cellular companies to send and receive data between their own wireless networks and smartphones.

But there are other parts of the spectrum that are unlicensed. Anyone can use them as long as they have authorized, compatible equipment. Wi-Fi operates in parts of the unlicensed spectrum.

With the amount of data being sent through mobile networks surging, wireless carriers would love to have more spectrum to use, particularly if they don’t have to pay for it. LTE-U was developed to meet that need. It would allow the carriers to send LTE signals over the unlicensed bands – specifically over the same 5GHz spectrum used by most of today’s Wi-Fi access points. That could greatly increase the download speed you see on your smartphone, because it would effectively widen the pipe used to transmit data, allowing carriers to send more to you at once.

“People will talk about it in terms of pure speed. We think about it as a way get you on and off (our) network quicker,” said Mike Haberman, a network vice president at Verizon.

The idea to tap into the Wi-Fi spectrum to send cellular signals has been in the works for years now. And as you can imagine, companies in the Wi-Fi industry – as well as consumer advocates – weren’t too pleased about it. They worried that allowing the wireless carriers to move into the space used by Wi-Fi would be bad for consumers and for companies that rely on the technology to connect to the internet as well as for companies, municipalities and organizations that offer internet access over Wi-Fi.

Seeing the budding controversy and likewise worried about how LTE-U might affect Wi-Fi, the Federal Communications Commission under its former chairman encouraged representatives of the cellular and Wi-Fi industries to get together and try to come up with a solution.

Last fall, those industries reached a compromise. The carriers and their partners would design and test LTE-U equipment to ensure that it can coexist with Wi-Fi devices. Problem solved, right?

The wireless carriers and the FCC seem to think so. Last month, the FCC gave its stamp of approval for the first time for LTE-U devices, allowing them to be deployed.

“This is a significant advance in wireless innovation and a big win for wireless consumers,” agency chairman Ajit Pai said in a statement announcing the equipment authorizations.

Verizon expects to start offering service over LTE-U later this year, initially in urban areas where it already has compatible equipment. T-Mobile likewise has plans to roll out LTE-U this year.

“No one” needs to worry that their Wi-Fi will networks will be affected by LTE-U, said Haberman.

“The issues have been addressed,” he said.

But not everyone is convinced.

Calabrese and other critics note the testing that LTE-U equipment will undergo looks at how it will interact with relatively strong Wi-Fi signals. There’s concern that LTE-U transmitters won’t “see” and will therefore ignore weaker ones, said Rob Alderfer, vice president of technology policy at CableLabs, a research and development organization that serves the cable industry.

The classic example is a case where a cafe has Wi-Fi inside its shop. The signal outside the cafe may be weak, but today customers sitting out there may still be able to get online. But in the future, an LTE-U transmitter may not see that weak signal and will effectively block it, meaning cafe customers would only be able to use Wi-Fi inside.

Another concern has to do with how the interactions between LTE-U equipment and Wi-Fi devices are being assessed. The tests generally are looking at how a single LTE-U transmitter might interact with a handful of Wi-Fi networks

But those tests may not reflect the real world, Alderfer said. Multiple wireless carriers could transmit LTE-U signals in a particular area. Meanwhile, in the dense urban environments where LTE-U will be first deployed, there are often dozens of Wi-Fi networks already sharing the 5GHz band.

The cellular carriers are supposed to take into account existing Wi-Fi networks when transmitting signals over the unlicensed airwaves. But unlike Wi-Fi, there’s nothing built into the LTE-U protocol that requires it to detect other networks before transmitting.

“The technology has the potential to do harm to Wi-Fi,” Alderfer said.

The wireless industry is working on a standardized version of LTE-U that is supposed to detect Wi-Fi networks before sending transmissions. But that standard hasn’t been finalized yet and the U.S. carriers are going forward without it.

Edgar Figueroa, CEO of the Wi-Fi Alliance, the industry’s trade group that struck the deal with the wireless carriers to test their LTE equipment, thinks most of the concerns have been addressed. But he couldn’t guarantee that LTE-U won’t have any affect on Wi-Fi users.

“The impact that LTE equipment may have depends highly on how broadly deployed LTE-U is and how broadly used it is,” he said. “To some extent we’ll have to wait and see how those deployments proceed.”