In the wireless world, it’s back to the unlimited future 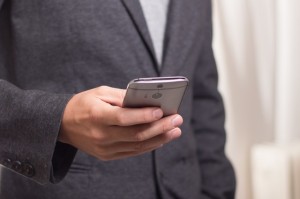 Years after three of the big four carriers ditched their unlimited data plans, all the major companies are offering plans that promise users they can access the mobile internet as much as they’d like. Well, kind of. If you read the fine print, you’ll find that there are some notable limitations to the new so-called unlimited plans.

Still, if you use a lot of a data, you could save money by signing up for one of them. And they make a lot of sense for families who have multiple members needing to get connected.

You can thank Sprint and T-Mobile for the resurgence of the plans. Sprint never stopped offering an all-you-can-eat data plan even as the other carriers started discontinuing theirs six years ago. T-Mobile, which has been shaking up the industry left and right for several years now, got the other carriers to reconsider unlimited data when it started offering its One plan last August. Verizon and AT&T finally gave in last month and introduced all-you-can-eat plans of their own.

The unlimited plans share some common features. Each offers unlimited calling and texting to, from and within the United States, Canada and Mexico. Each plan offers a better per-phone rate the more lines you add.

Additionally – and here’s where some of the fine print comes in – each deal offers unlimited data usage on its network to each device covered only up until a certain cut-off point. After users exceed that cap – which ranges from 22 to 30 gigabytes per month, depending on the plan – they won’t be cut off or face extra charges, but may see their access speeds throttled severely.

The plans have other features in common. All of them, except for AT&T’s discount-priced Unlimited Choice deal, include the ability to use your phone as a mobile Wi-Fi access point for other devices. Also – and here’s another piece of fine print – each one of those plans limits the amount of data used through the hotspot feature to 10 gigabytes per month. And to get the advertised price for each plan, you’ll have to agree to get all your bills electronically and set up an automatic monthly payment.

Except for the Unlimited Choice plan, all the plans allow users to stream videos in high-definition quality and to access the internet at the highest speeds available on their networks. By contrast, AT&T limits Unlimited Choice customers’ speeds to a relatively slow 3 megabits per second, even before they hit the data cap, and restricts them to relatively low-resolution standard-definition videos.

Despite their similarities, the plans aren’t simply carbon copies of each other. They vary significantly in price, for one thing.

For now, Sprint is the low-cost leader. Sprint’s Unlimited plan – which is only open to new customers – costs just $50 a month before taxes for a single line and $90 a month for anywhere from two to five lines.

At the other end of the range, AT&T charges $90 a month before taxes for a single line for its Unlimited Plus plan and $205 a month for a family with four phones.

You should note that in all cases, the cost of buying or leasing a phone will be in addition to these prices.

In some cases, the pricing can be difficult to compare. T-Mobile’s plans – it effectively has three of them – include any associated taxes and fees. So when T-Mobile says it charges $70 a month under its basic One plan for a single line, that’s what you’ll pay.

And there are other pricing differences. Among all the carriers, Verizon is the only one that doesn’t charge new customers an activation fee when they switch from a rival carrier to its unlimited service. T-Mobile, on the other hand, essentially charges $25 per line to activate new customers and Sprint charges $30 a line.

Some of the plans offer ways to save money. With AT&T’s Unlimited Plus plan, you’ll get a $25 monthly discount if you also sign up for one of its pay TV services, such as U-Verse TV or DirecTV Now. If you use less than two gigabytes of data in a month, T-Mobile will knock $10 off your bill. Sprint will lease you an iPhone 7 for free – meaning all you’ll pay each month is your monthly service bill – if you trade in a somewhat recent smartphone, like an iPhone 6 or 6s, from another carrier.

So should you sign up for an unlimited plan? And if so, which one should you choose?

For individuals, you likely don’t need unlimited data. Although T-Mobile only offers unlimited plans, you can still get limited data ones from AT&T and Verizon. For families, especially those that consume a lot of data, the unlimited plans are likely to be a much better deal.

In terms of which carrier you should choose, Sprint’s plan looks hard to beat, at least from a pure price perspective. But the carrier’s service and coverage have a poor reputation. So you should make sure it has decent coverage where you need it before signing up.

If Sprint’s not a good option where you live or work, I’d take a close look at T-Mobile’s plans. It’s been getting high marks lately for both its customer service and its coverage. And its prices are generally less than what you’ll pay for unlimited service from AT&T or Verizon.

Here’s what to expect from the unlimited data plans

Calls and texts: Unlimited to, from and within the United States, Canada and Mexico

Data: Nominally unlimited, but speeds might be drastically reduced after 22 to 30 gigabytes of usage, depending on the plan

Mobile hotspots: All the plans except AT&T’s Unlimited Choice allow you to use your phone as a Wi-Fi access point and access as much as 10 gigabytes of data that way.

Family discounts: You’ll see lower per line costs the more phones you attach to your plan.

E-bills: To get the advertised price, you’ll have to sign up for electronic bills and automated payments.

Phones separate: The charges don’t include the cost of purchasing or leasing a phone, except with Sprint’s Unlimited plan, which is offering a cost-free iPhone 7 lease with the trade in of another high-end smartphone.

Prices and terms may change: The bargain prices on Sprint’s Unlimited plan ($50 for one line, $90 total for up to five) only last until next March, when they’ll revert to the much higher prices of its Unlimited Freedom deal. With the wireless industry in a lot of flux, the terms of other deals will likely change too.

Adapted from an article by Troy Wolverton, The Mercury News for phys.org | photo: pexels